Abdullah was visiting Singapore and during a meeting with Brigadier Lee, he commented to him that he was so disappointed with his cabinet people for being stupid, and asked him how he managed to have such an efficient cabinet in Singapore .

Abdullah asked, 'Yes, but how do you know that they are able?'

PM Lee replied : Just ask them simple questions to test their intelligence. They don't need to be too difficult. Let me illustrate to you.'

Just then, DPM Tony Tan was walking by, PM Lee called out to him, 'Hey Tony, come over here.'

Tony walked briskly over and PM Lee asked, 'Tell me, Tony, who is your father's son ?'

PM Lee turned to Abdullah and said, 'See, all my ministers can answer such questions. Why don't you go back and try?'

Once he was back, he immediately summoned Home Minister Syed Hamid, and shot the question at him, 'Tell me, Hamid, who is your father's son?'

Syed Hamid was shocked beyond words and did not know the answer.
After a while, he recovered and said, 'Boss, let me find out and I'll tell you tomorrow.'

Abdullah, a bit disappointed, agreed, hoping that Syed Hamid will give him the answer the next day.

Meanwhile, Syed Hamid was panicking that the PM was testing him. He tried desperately to find out the answer from his staff, but none of them knew the answer.

The next morning, he thought a smart guy like Anwar must know the answer. So he phoned and when Anwar picked up the phone, Syed Hamid said: 'Hello, Anwar !! I want to ask you a question. If you do not willingly give me the answer, I shall have you detained under the ISA.'

Anwar then agreed reluctantly and Syed Hamid asked: "Tell me, who is your father's son?'

Anwar who was fuming at having been threathened over such a trivial question replied: 'Of course it's me, you stupid!' and he slammed the phone down.

Abdullah, happy that his minister wasn't that dumb, said, 'So tell me quickly Hamid, who is your father's son?'

Abdullah slapped his own forehead in disgust and said: 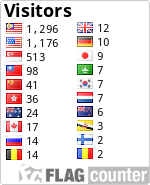